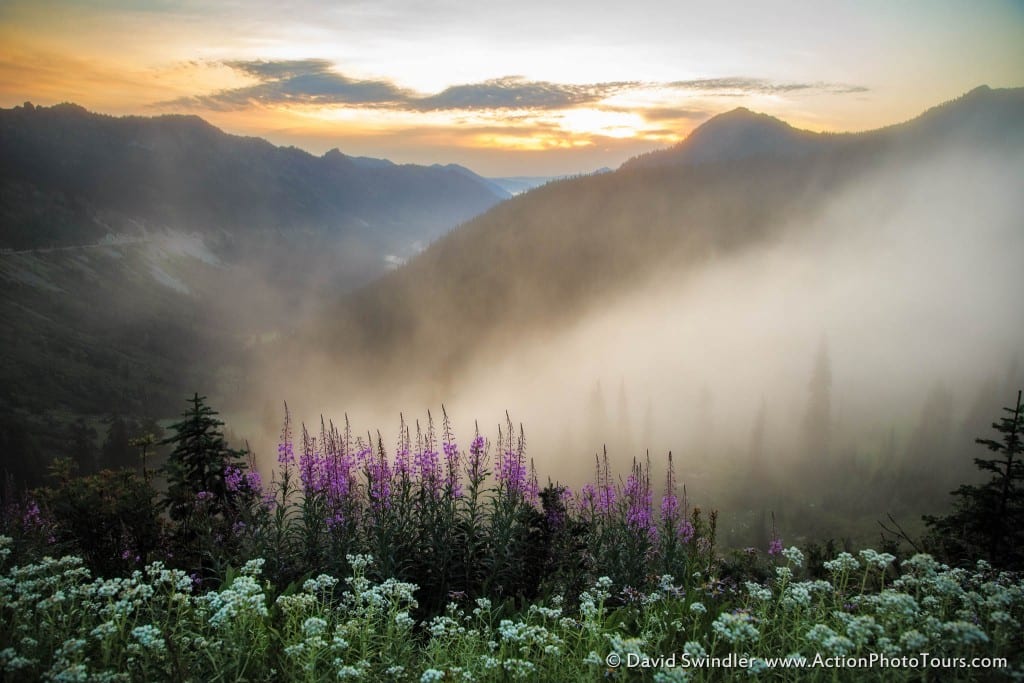 During the first couple weeks of August, the slopes of Mt Rainier boast some of the most spectacular high alpine wildflower displays in the Northwest. Wildflowers begin to bloom at the lower elevations in mid-July and are great for macro photography or fog enshrouded forest shots. However, if you want the classic views of flowers with the snow-capped mountain, you’ll need to go in early August. Since I was coming from the east, my first stop was Naches Pass. There is a nice loop hike here that will take you through fields of vibrant flowers. The two shots below were both taken from along the trail. 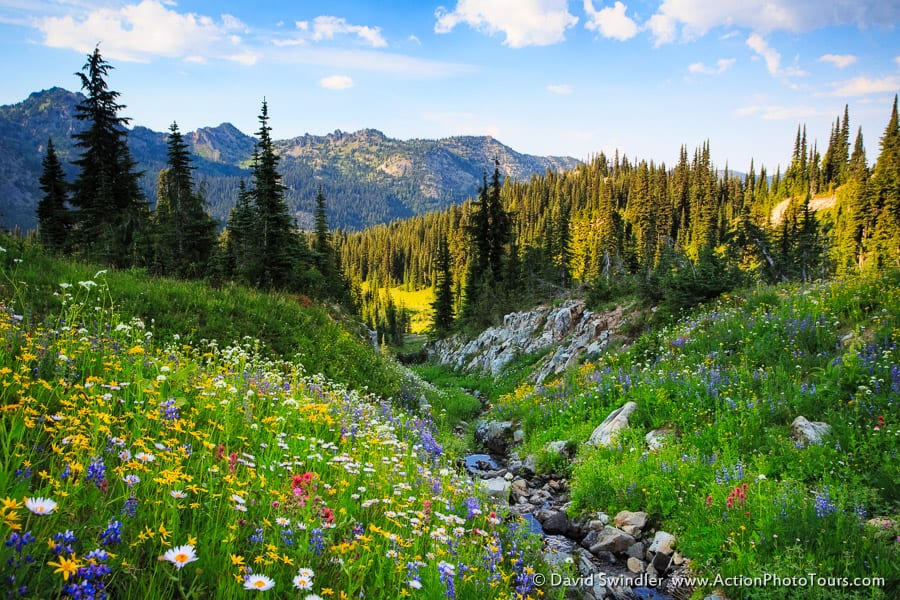 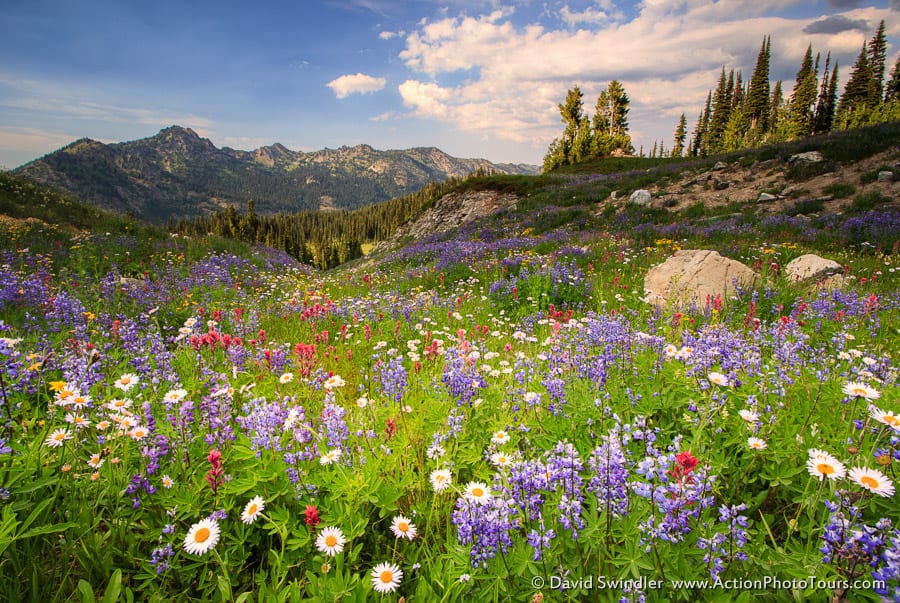 Just below the pass, you’ll find the oft-visited Tipsoo Lake. The flowers were ok around Lower Tipsoo Lake and I ended up taking a few shots. However, the Naches Pass hike is much better for finding the blooms. At sunset, I went to Upper Tipsoo Lake and found a few other photographers hanging out. Although there were flowers in the surrounding meadows, there weren’t any near the edge of the lake. Regardless, it still provided a nice reflection view of Mt Rainier, especially when coupled with vibrant sunset colors. 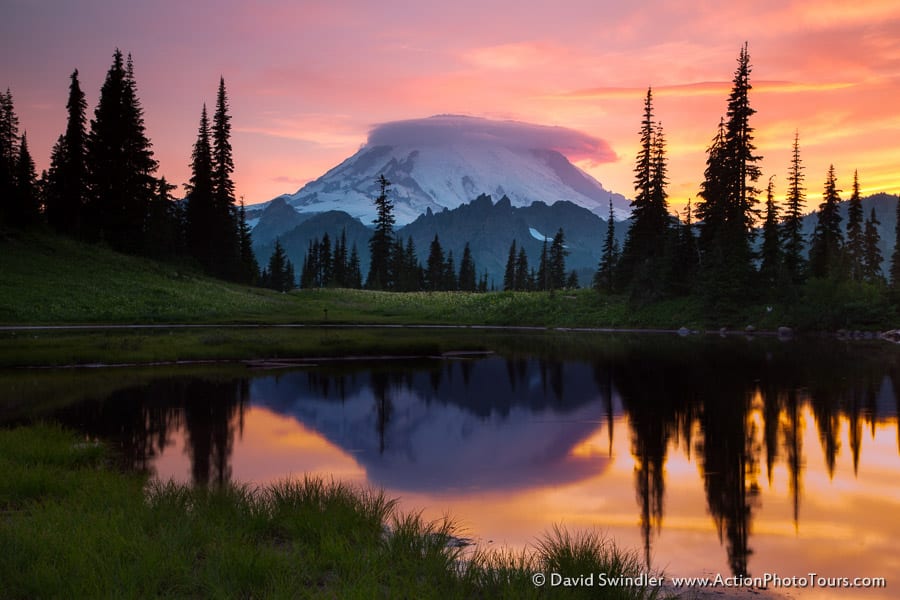 The next morning I headed back to a spot where I had seen nice flowers. There was a lot of fog that morning. I was amazed at how quickly the mist was moving over the pass and really liked the soft focus effect it provided. 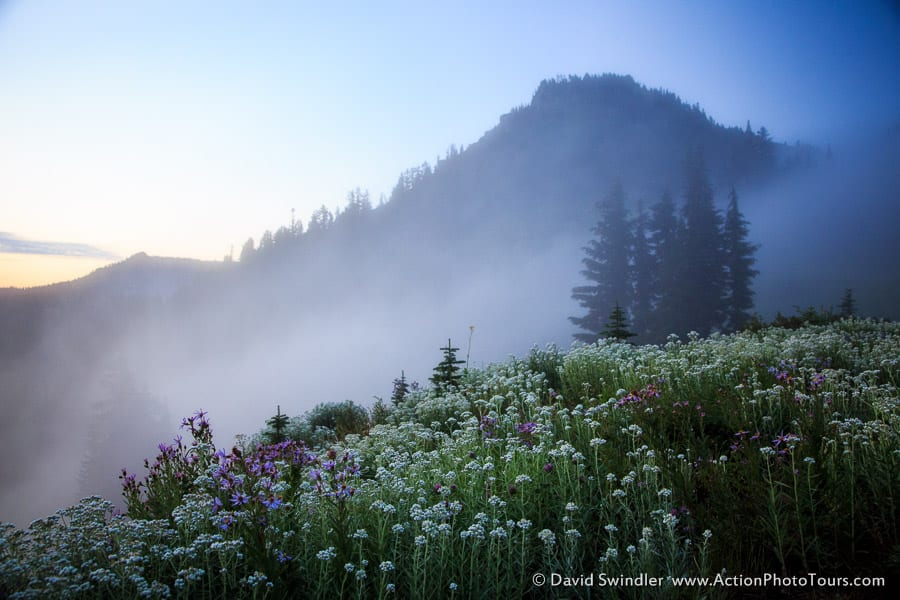 Here’s another view looking further down into the valley. Even though it was a high dynamic range scene, this is a single-shot image. I really like how you can pull so much more detail out of a 16-bit RAW image! 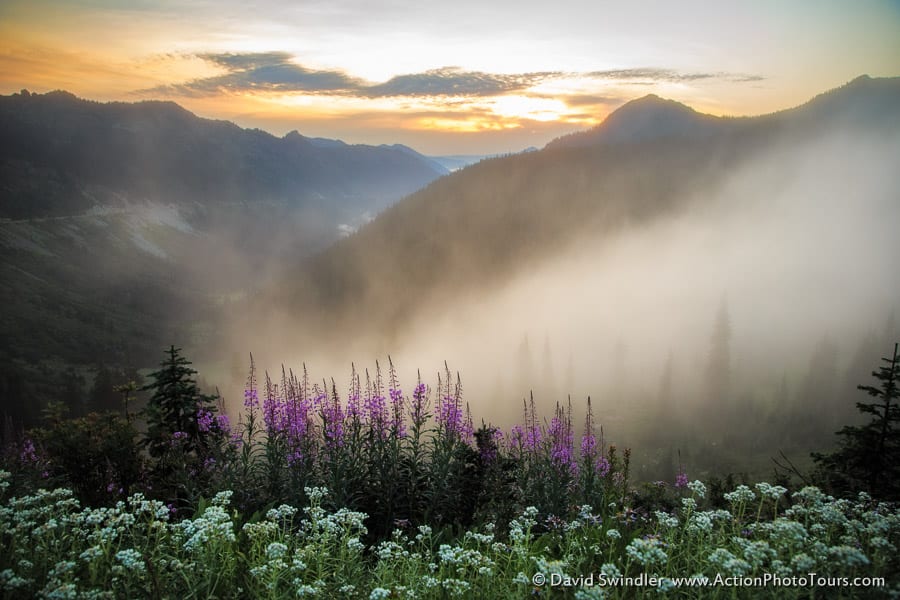 It didn’t take long for the fog to clear out. It was completely gone as soon as the sun broke through the clouds. By using a small aperture (f22), I created the nice diffraction effect on the sun. Many times, photographers are tempted to shoot wildflowers using front lighting. However, I find that backlit photos often work much better. Backlighting really makes the flowers stand out and pop. As a final suggestion, don’t be afraid to use high ISO if it’s windy. There was quite a bit of wind up on the pass so I had to make modest increases in ISO to ensure fast enough shutter speeds to keep the flowers from blurring. 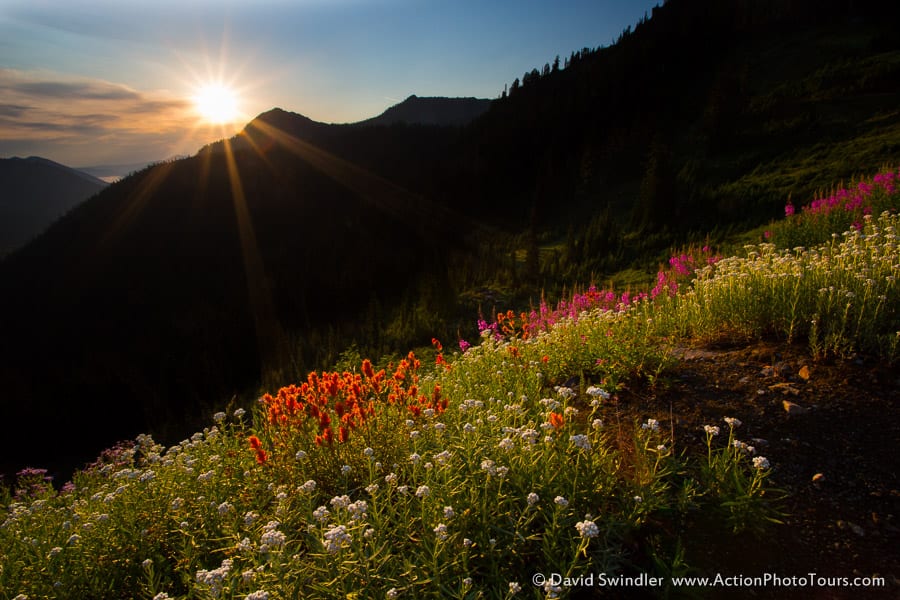 Later that morning, I hiked up the Summerland trail, hoping to find some flowers in the high meadows. It was a pretty hike and I found some broadleaf lupine blooms in one of the meadows: 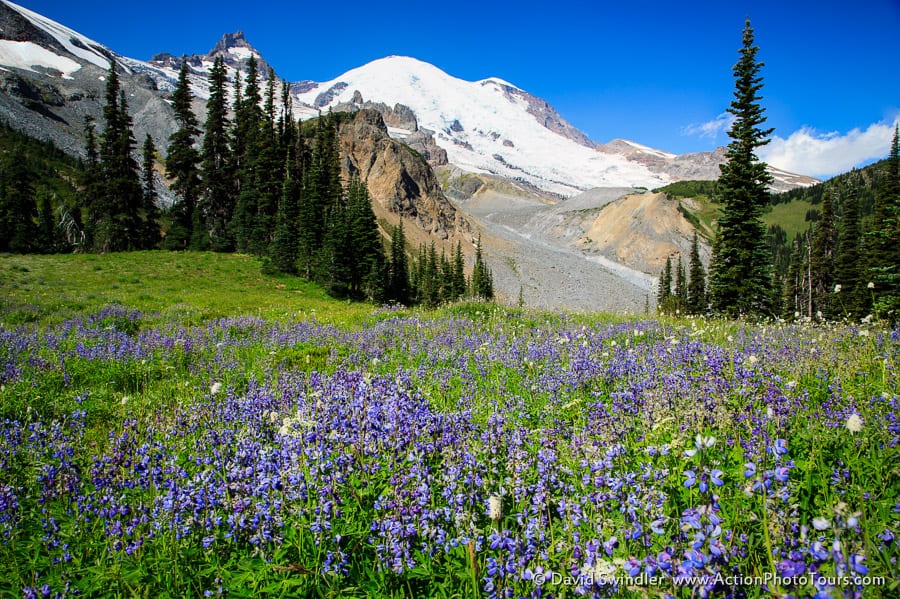 In another meadow, there were lots of Pink Monkeyflowers growing next to a trickling stream. I used shallow depth of field for a more creative effect. Even though it was pretty, I was a bit disappointed that the flowers weren’t more diverse up here. 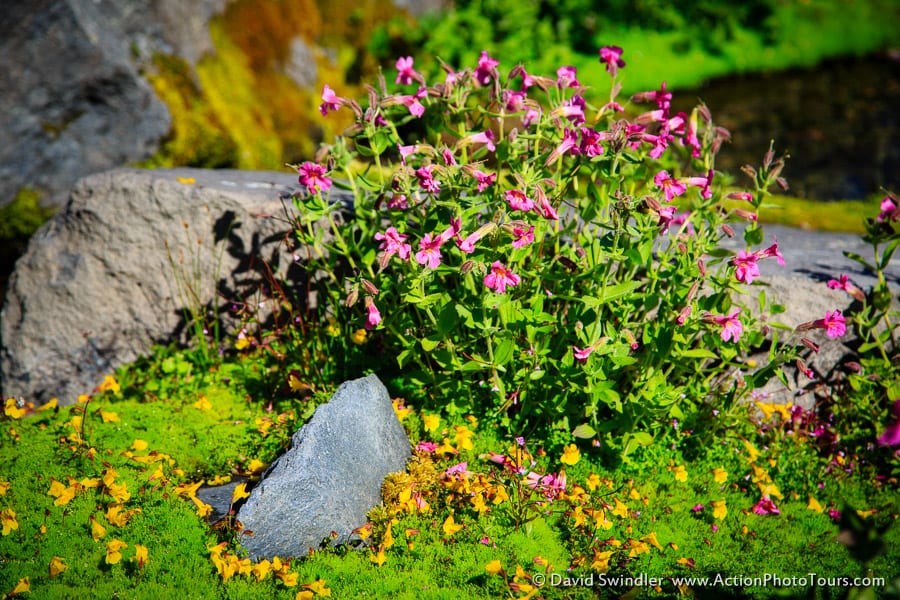 When I got back to the parking lot, I talked to a couple that had just come from Spray Park on the west side of Rainier. They said the flowers were amazing over there. Thus, I wasted no time in making the long drive to the other side of the mountain. Sure enough, they were right – the flowers were incredible! Stay tuned for next week’s post where we’ll venture into Spray Park. I’ll also provide some of my favorite tips for shooting wildflower landscapes!