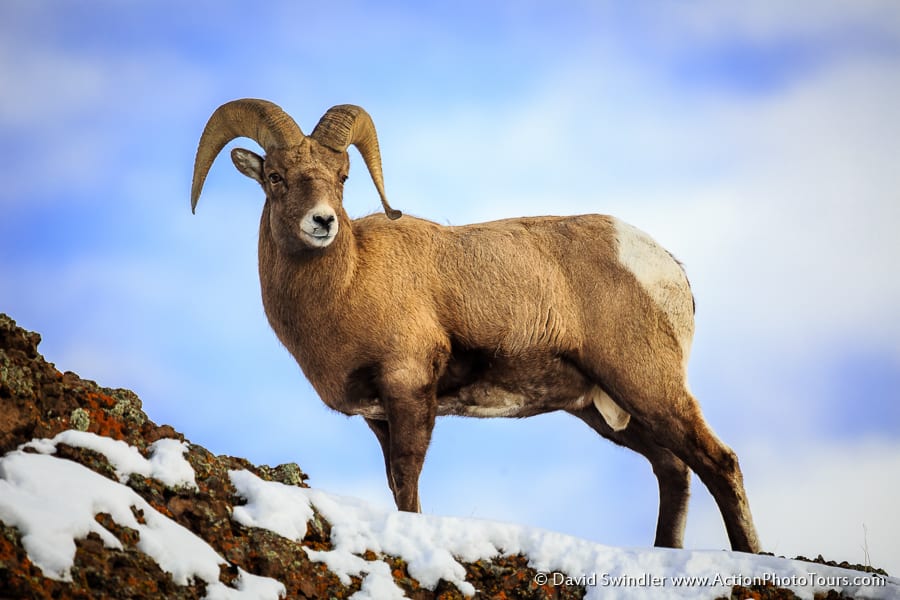 Late November into December is my favorite time to see the bighorn sheep rut. This is the period in which they mate. The sheep are much more tolerant of human presence since they are primarily concerned about each other. This is when you can observe many interesting behaviors and take some great photographs. The males stay in their own bachelor flocks throughout much of the year. It’s only during the rut that they begin to assimilate with the female groups. As they begin sniffing out the females, competition with other males also builds, leading to fights, head-butting, and displays of dominance. Check out the video below for some common rut behaviors.

One behavior that is particularly entertaining is when they chase the ewes around. Many times they will tag-team one ewe trying to wear her out. Pursuits can sometimes go on for hours, but if the ewe doesn’t want to mate, she’ll keep on running. The male may even try to mount her in motion! 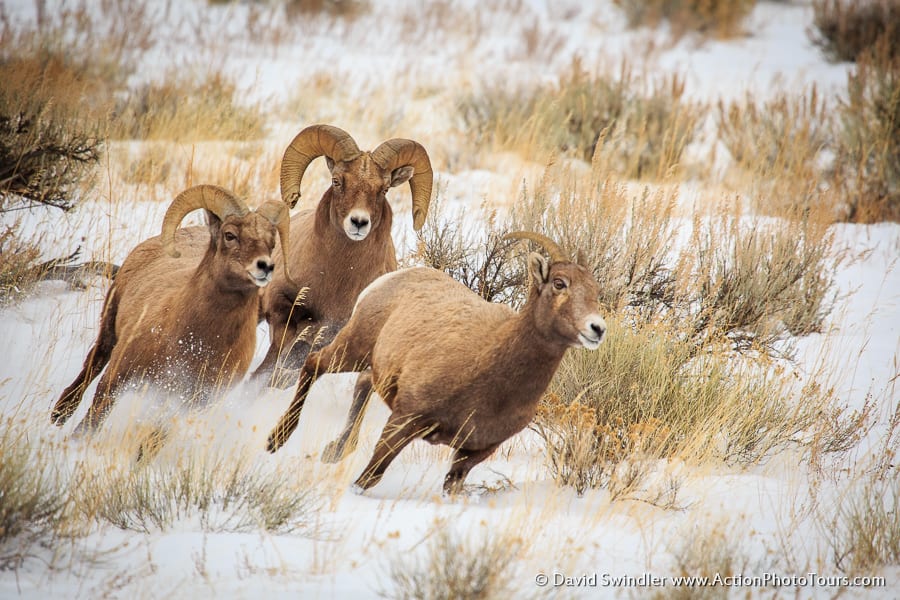 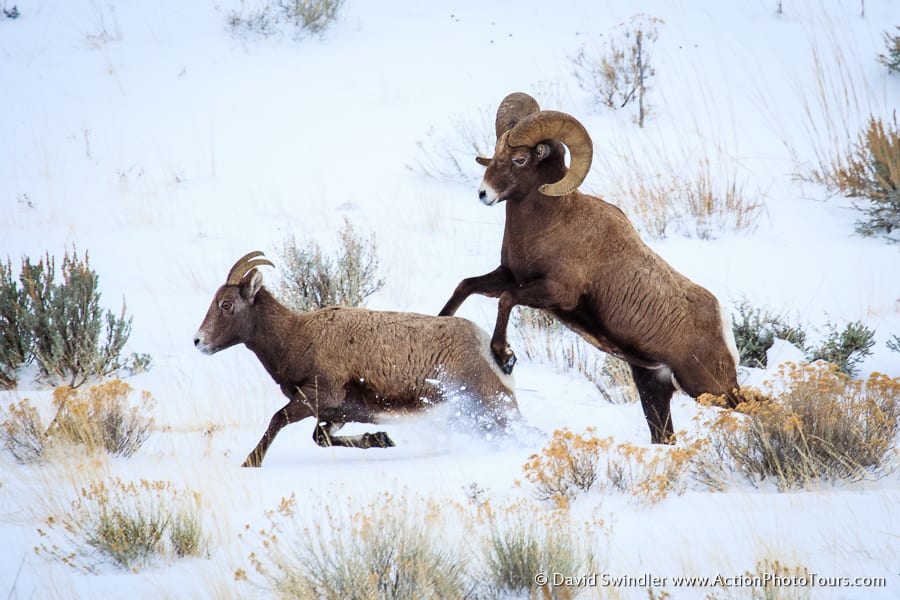 During rut you’ll get all kinds of crazy facial expressions from the males. They love to cock their heads to the side, curl their lips, and roll their eyes back. When they are sniffing females, it’s almost like they are getting intoxicated and lapse into a pheromone induced trance! 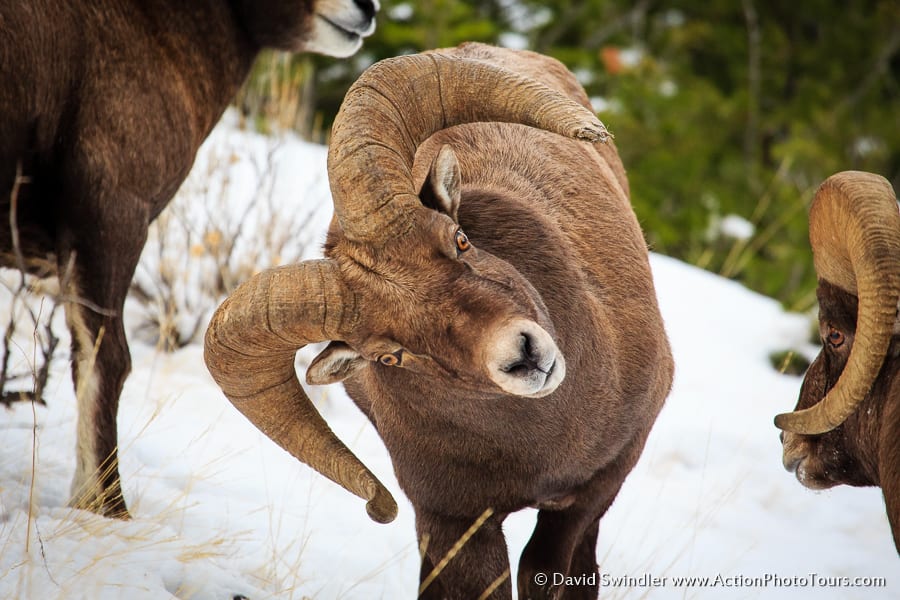 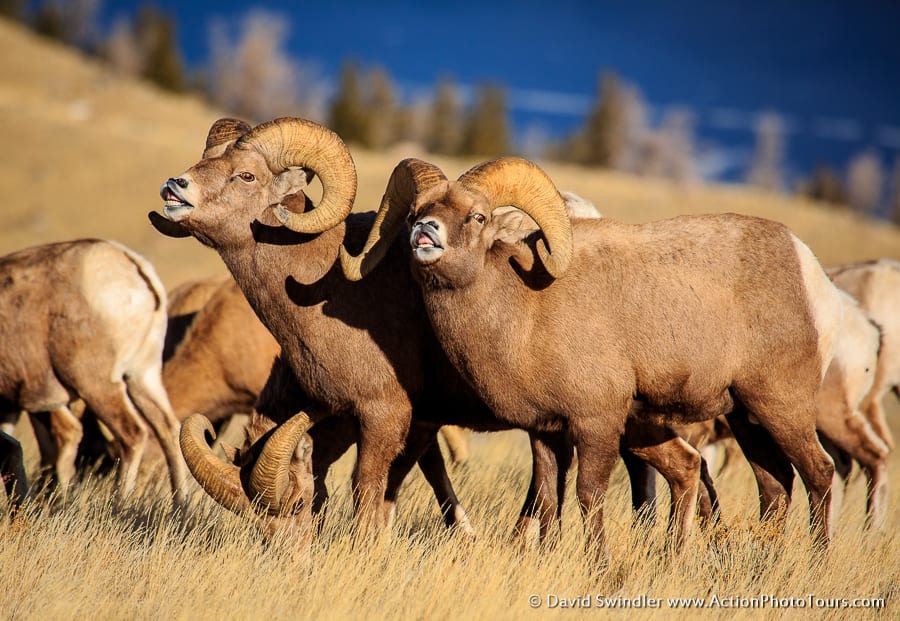 The male sheep will often perform what I call the “circle dance” as they tussle with each other. They will stand side by side and push each other around in circles, often while kicking and goading the opponent. This can go on for hours and is often a prelude to head-butting. 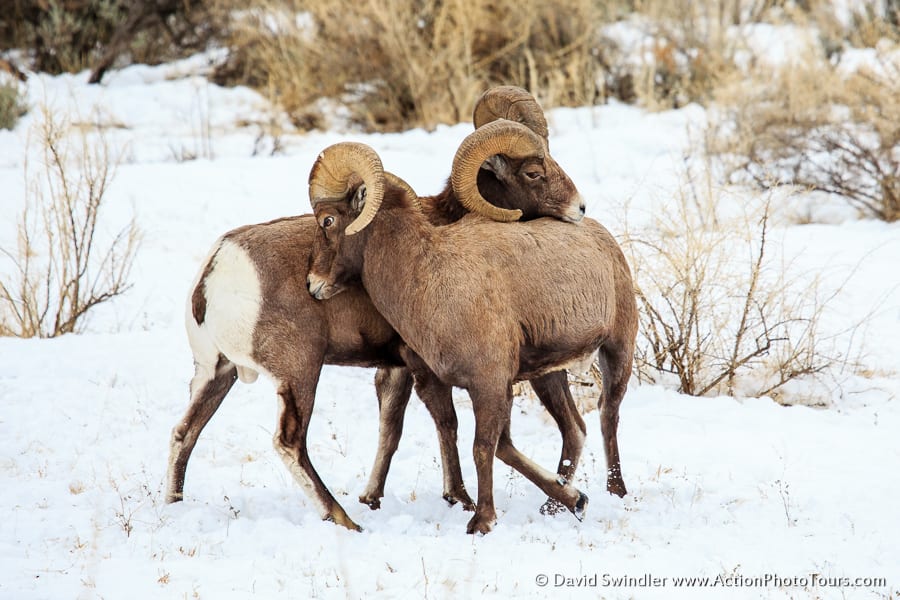 If you’re lucky, you’ll get to see some head-butting, but you have to be ready as they don’t give you much warning. They can collide at speeds as high as 40 MPH. After the butt, they stand around looking dazed and confused for several few minutes. If you’re interested in photographing the bighorn sheep rut this year, we are offering a guided photo tour from Nov 28-Dec 4, 2015. We’ll be hitting some of the best spots for bighorn viewing in northwest Wyoming. We’ll also see lots of other wildlife and spectacular scenery. 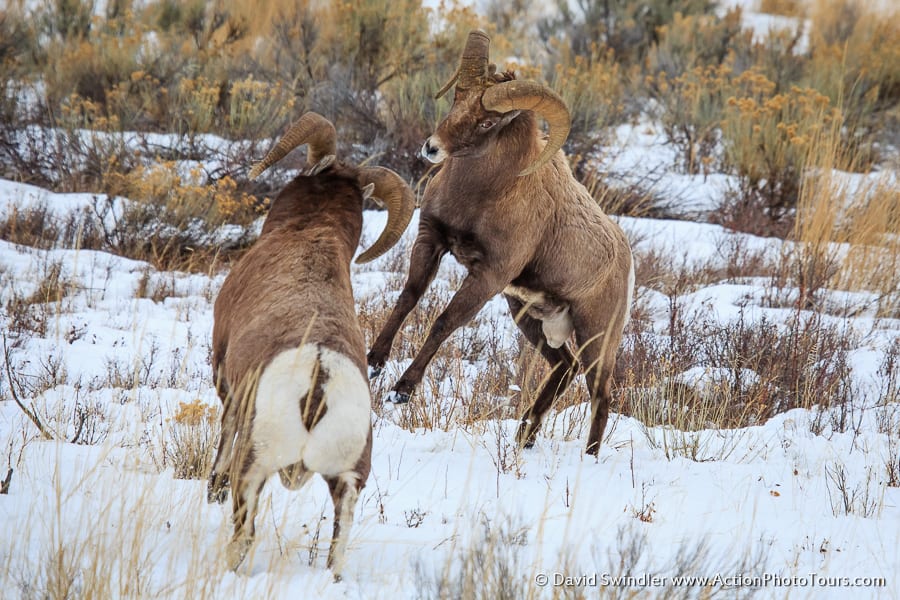